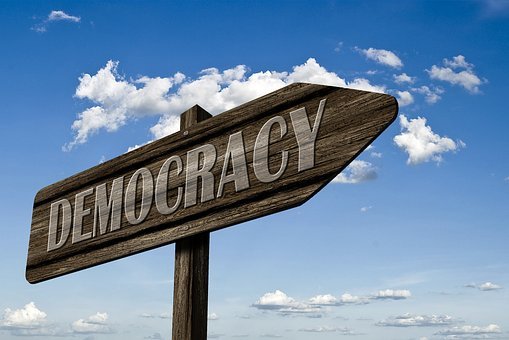 The spread of political unrest in countries around the world has led to fears about the increase in political violence in democratic societies.

There is a theory that political violence is something that a democracy should prevent and if it does occur it will be remedied through the exercise of voting, the protection of individual rights by the courts or through civil disobedience.

The examples of Jamaica and the US refute this claim.

Since the 1980s, there has been a long-standing feud between right-wing and left-wing elements that often escalates into violence. The violence has now turned into economic crimes fueled by the drug trade in South Florida.

Democracy is still intact, but the costs have been high. Jamaica was named as the country with the highest homicide rate (including homicides by police) in the Americas and the Caribbean in a recent report.

In the summer of 2020, protests and sporadic violence erupted in a number of American cities after the police murders of African-Americans George Floyd and Breonna Taylor.

Some people, including many now protesting in the streets, argue that American policing is incompatible with democratic ideals.

New President Joe Biden was installed at a party surrounded by a sea of ​​barbed wire and 26,000 heavily armed soldiers. Military soldiers parade through the streets like police officers, SWAT teams execute nightly no-knock warrants (especially in communities of color) while people from these communities are disproportionately gobbled up by the world’s largest prison system.

To stop the aggravation of Trumpism, we have seen internet censorship and regulation on the media, and some on the left are even recommending new dramatic terror laws and even policies to deprogram the minds of Trump supporters.

It remains to be seen whether the 2020 demonstrations will resolve the long-standing problems of racial injustice or escalate into civil war. Two factors indicate that the trend is in favor of the first:
First, today’s protesters are more interracial than those of the past, made up of African Americans, Latins, and whites, as police use rubber bullets and tear gas to kill all races. attacks.
Second, the geography of violence is different today as wealthy malls and global chains are attacked, not just low-income neighborhoods.

Armed militias, censorship and police brutality come at a cost, such as loss of life, property damage and the acceleration of additional violence. To mitigate these costs, politicians are tempted to invoke emergency powers, but these are necessarily short-term solutions. More investment is needed that targets communities that promote democracy and build community resilience.